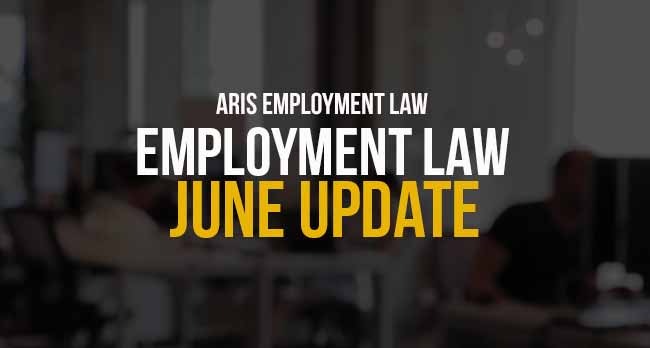 1 – Employee reported for eating a sandwich

Some employees in customer-facing roles may be banned from for example drinking alcohol when wearing their work uniform in case this sets a bad tone.

Recently someone tweeted a picture to her boss of another employee (who was black) eating a sandwich on a train in her work uniform.  Employees were not meant to eat when in uniform.

This happened in Washington and related to a Metro employee.  However it shows how employees in uniform need to be careful as they do represent the company and if your employer has rules of what you can and cannot do, it is important for employees to stick to them.

2 – Can an employee be sacked for actions outside of work?

Leading on from the question above, this brings us on to the broader question of whether employees can be sacked for actions outside of work.

The answer?  It depends.  Could the conduct in questions bring the employer into disrepute or could it impact on customer/colleague relations.

Danny Baker recently came unstuck as a result of a tweet he published relating to the latest royal baby.  As an employer, think about making it clear in your handbook that conduct outside work may be considered gross misconduct or misconduct (depending on the situation) and perhaps also highlight that higher expectations apply to senior staff/management.

Think also about beefing up any social media policies that you have so employees are clear as to what is or is not acceptable.

3 – Is it discriminatory to pay women on maternity leave more than men on shared parental leave?

This issue has recently been considered by the Court of Appeal and it was held that paying women on maternity leave more than men on shared parental leave is neither discriminatory nor a breach of equal pay legislation.

4 – Can you ask female employees to wear make up to work?

If you require anything of female employees that is not required of male employees, on the face of it you run the risk of breaching the Equality Act 2010.

Whilst it is lawful to have a dress code, if it is more prescriptive for females, this may not be justifiable.  You may have a ‘grooming code’ which includes similar stipulations on male facial hair but, unless wearing make up is a requirement for the job, wearing it should be optional.

5 – Does an employer have to postpone disciplinary hearings to wait for the outcome of criminal or regulatory investigations?

The Court of Appeal has recently held that employers do not have to wait for the outcome of any criminal or regulatory investigations.

Dismissal in an employment matter is determined by whether it was within ‘the range of reasonable responses’.  The higher burden on criminal matters of ‘beyond reasonable doubt’ does not apply.

Figures for October – December 2018 indicate that tribunal claims are continuing to rise.  The result is that claims are taking a minimum of 30 weeks to go through a full process but some tribunals are now listing cases into 2021.

It is expected that tribunal claims will continue to rise and so the risk of receiving a claim remains high.  There is however some expectation that claims may plateau in the next few months, due in no small part to the increasingly important role ACAS has to play in settling claims before they reach the tribunal.  Figures for the same period showed that ACAS settled 29% of claims before reaching tribunal.

The court concluded that Mr Beilik was employed to do research work and what happened at the party was not sufficiently linked to his role to make her employer vicariously liable.

8 – The woes of football

A fan learned the hard way when football cost him his job.  An employee threw a sickie so he could watch Ajax play Tottenham.

With more football matches coming up, HR will need to watch out for any sudden absences.

Female unemployment is at its lowest rate since 1971 and now stands at 3.7%.  The ONS has said this is partly due to changes to the state pension age for women as a result of which fewer women are retiring between the ages of 60 and 65.