Important changes to employment law in 2019 to look out for

Changes to employment law in 2019

There are some big changes to employment law next year and they could have a considerable impact on how much you will be paid.

The new year is a busy month for lots of businesses, and 2019 will be no different, with some big developments in employment law. From the way employees pay into their pensions, gender pay gap reporting and increases in the minimum wages – it is critical to find out, how these changes could potentially affect you.

Having been announced as part of the 2018 Budget, and acording to the new changes to employment law in 2019, both the national living wage and national minimum wage rates will increase in April 2019.

Under the new national living wage, the minimum hourly rate that workers aged 25 and over are entitled to will increase from £7.83 to £8.21.

Those over compulsory school age but not yet 18 will experience an hourly increase from £4.20 to £4.35. The new changes to employment law in 2019 will also increase the minimum rate for apprentices from £3.70 an hour to £3.90 an hour, providing the apprentice is under the age of 19, or 19 and over but in the first year of their current apprenticeship.

European workers currently living in the UK will be able to apply for settled status in 2019, allowing them to remain indefinitely in the UK following the end of the Brexit transition period in 2021.

In order to be granted “settled status,” it is required that individuals must be able to prove they have been living in the UK for five years by the date of application.

Those individuals who do not meet this requirement can apply for temporary status, allowing them to remain in the UK until they have accrued enough residency to be granted settled status.

From April 2019 the minimum contributions for auto-enrolment pension schemes will increase for both employers and employees.

Currently, automatic enrolment requirements mean employers must contribute a minimum of 2% of an eligible worker’s pre-tax salary to their pension pot, with the individual contributing 3% themselves.

However, under the new requirements, employers and employees will now have to contribute a minimum of 3% and 5% respectively. Employers will have to allow enough time to discuss with employees before any changes are made to their pension contribution scheme.

Changes to the way payslips are issued

From 6th of April 2019, changes to the way employers’ issue payslips will also come into force. From this date forward, the legal right to a payslip will be extended to include those who are recognised as “workers”.

Employers will also be required to include the total number of hours worked on payslips for employees whose wages vary depending on how much time they have worked.

It is very important that employers work with their payroll and HR departments to make sure the correct process is in place ahead of April’s deadline. Check our post about itemised payslips.

This year, the Court of Appeal ruled that staff working on sleep-in shifts, such as care workers and nurses, would not be entitled to National Minimum Wage for time spent asleep in circumstances where they were ‘available for work’ and not ‘actually working’.

The ruling was made in relation to one particular case after a woman called Claire Tomlinson-Blake brought a claim against her employer Royal Mencap Society (Mencap) in 2016.

A request to appeal this decision was lodged with the Supreme Court by Unison and a decision is expected in 2019 as to whether this case will be analysed further. Any ruling in 2019 will be important in defining the rights of thousands of staff currently working sleep-in shifts.

Private organisations with 250 or more employees will again be required to publish their gender pay gap figures on April 4, 2019.

Although employers will be reporting for the second time, this year will be the true test as figures are expected to be scrutinised to check whether efforts have been made to address any significant pay disparity highlighted in 2018.

Find out more information about the gender pay gap.

Together with the new changes to employment law in 2019 a new legislation will also come into force, that requires companies with more than 250 employees to publish their executive pay gap.

Although the first reports are not expected until 2020, businesses should be calculating the necessary figures throughout 2019 to show the gap between the total amount paid to their CEO and the average pay for an employee.

The government have brought forward a review into the use of non-disclosure agreements in the workplace, with a response expected in 2019.

These agreements, otherwise known as ‘gagging clauses’, are often used to silence claims of harassment and bullying.

Whilst these agreements remain legal, the government’s response may go some way to deciding how they can be used in the future.

At some point in 2019, it is expected there will be decisions on separate tribunal cases on the issue of equal pay which involve Tesco, Asda, Morrisons and Sainsbury’s.

Groups of employees, mainly made up of female shop workers, are seeking compensation because they feel they are unfairly paid less than male warehouse staff, despite doing a similar job.

This will provide more clarity on the issue of equal pay and, depending on the result, may pave the way for further claims from staff working in other sectors.

Whilst there are sure to be other new developments introduced throughout next year, employers would do well to keep a close eye on these particular topics and put plans in place to ensure their business complies with any new requirements.

The new changes to employment law in 2019 should be taken seriously, our solicitors advise business clients and employees on all matters of employment law. Our experience with basic and complex employment issues can help you streamline your daily operations, avoid liability and generally resolve employment issues. 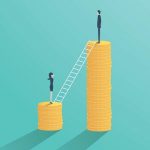 How we can help! 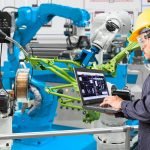 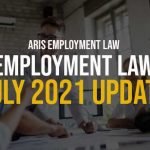 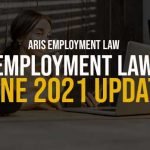 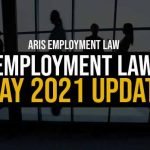